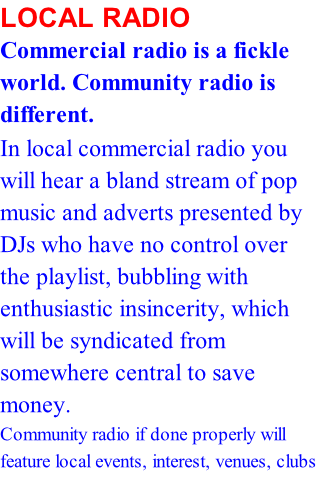 ELIZA CARTHY AND THE WAYWARD BAND

Saw Eliza Carthy and the Wayward Band on stage at Whitby Pavilion last year.
Brilliant musicianship, but with twelve of the best folk musicians on stage at the same time it was a bit of a cacophony to my old ears. Most of the time Eliza's lyrics could not be clearly distinguished. But with two drum kits and a horn section everything else had to be loud. When it starts to distort in my eardrums, I really don't see the point.
Eeeeee, but she is a big bonnie bubbly joyful songstress all strapped up in white stays.
Most of the audience and all of the band seemed to be having a great time. But at £20 each, the audience were probably determined to enjoy it.
Personally I just don't get the support act, Marry Waterson. But to be fair others do as the queue at her CD stand proved. She has a great voice and I really enjoyed her acapella rendition of an old traditional song, but her self-penned stuff went straight over my old head. Could she command such a huge audience without her cousin Eliza?

All-in-all it was a very entertaining concert. I sat there with a grin of pleasure on my face most of the time. If I didn't have a gammy leg I would have been up there dancing with the best of 'em at the end. Honest!

Eliza's Wayward Band will certainly give Blowzabella a run for their money. They generate the same electric atmosphere of fun and frolics and the guy dancing the jig can caper higher than anyone else I have seen in years! He should be waving hankies!

Their album, The Big Machine, is out. Having heard a couple of preview tracks, it is going to be a blast! Watch out for it.