October festival tickets are on sale at the mid-rate price of £105 and to mark the occasion we are offering a double deal on tickets for Musicport On The Moors & for Musicport itself.

So during March and April you can buy a ticket for both for the bargain price of £170 (subject to availability for May event) thus giving you two weekends for less than you'd pay for one at many festivals (plus you get free camping & an extra day at May event). Book online, or ring us on 01947 603475 - particularly if you would like to pay in instalments, or to upgrade if you've already booked for either event.

The festival welcomes hundreds of artists playing across 14 stages

returns this summer with another exciting line-up of established and emerging talent across the folk, jazz, roots, bluegrass, fusion and Americana music worlds, as well as the promise of enticing workshops, arts, crafts and food stalls, highlighting the creative talents of the Yorkshire region. Organised by the family production team of acclaimed Yorkshire folk singer-songwriter Kate Rusby, and now in its fifth year, 2018’s edition also sees its relocation to a brand-new site at Cinderhill Farm, Cawthorne, near Barnsley, and promises a warm welcome to this beautiful and cozy little corner of rural Yorkshire.

The Shuttle Shuffle Festival was created in February 2013 by a group of music lovers in Bradford, the idea was to create a culturally diverse festival that celebrated the vast local talent within the area and attract touring acts that rarely visited Bradford.

The business model for the project was in its most simplest of forms… create a Grassroots festival that would push the boundaries and give the good folk of Bradford something to be part of, and with a budget of ZERO………. this was going to be fun!

The 2013 - 2016 Festivals were held at the legendary Factory Street Studios, which provided a selection of industrial mill type spaces, which gave the event a quite unique feel to it.

Factory Street was housed in a former textile mill which is how the Festival got its name, a shuttle being the device used in weaving   to carry the weft, and associated with the continual to-and-fro motion………the shuffle!

Throughout those first few years relationships were built with several other like-minded projects that brought different ideas to the table. The Yorkshire Gig Guide, Eclectic Rhythm, Kultchad Live, The Piece Project, Bradford Metropolitan Food Bank and Salamander Brewery, have all played their part in ensuring the success of the festival. Some have since moved on to other things whilst others have remained and been joined by others and are all still part of the ongoing adventure.

This year’s festival is going to take place at The SORM Studios, which are located in Little Germany, an area of particular historical and architectural interest in the city centre of Bradford. In its day this bustling hub was the trading heart of the world’s wool and textile industry. These deeply rooted links to the woollen industry and the Shuttle Shuffle name are important to our existence, and more importantly our continuation.

The line-up for this year’s festival is as much about emerging talent as it is about established performers. We pride ourselves on bringing diverse and interesting bills to the heart of the city.

You’ll see an eclectic mix of talent including an African Drum Workshop, Graffiti artists, a DJ workshop, performances by young adults with challenging learning disabilities and Punk legends, The Negatives, billed as the city's first punk rock group. The group formed in the summer of 1978, and this hometown gig will be celebrating their 40th year as a band.

The Shuttle Shuffle is now run as a CIC project and commits its profits to supporting creative and innovative work both within the context of the annual festival and outside, through other partnerships and projects.

This year we have linked up with The White Ribbon UK Campaign which aims to end male violence against women and create safer music events where groping, verbal abuse, assaults and other forms of harassment are eradicated.

The Shuttle Shuffle Festival 2018 will take place on August 25th and 26th.

Grassington Festival, an annual multi arts and music Festival, has been providing a lively and enriching cultural experience to residents and visitors for 38 years with its combination of performances, visual arts and live music.

For the last two weeks of June each year, Grassington comes alive in a myriad of colours and creativity as artists, bands, art enthusiasts and local people collaborate to entertain and inspire with unusual and unique live performances.

It is dedicated to making arts experiences accessible for everyone to enjoy and appreciate and to bring the community together to celebrate the best of music, theatre, dance, comedy, talks, workshops, walks, visual arts and creative challenges.

Get your tickets now to take advantage of our early bird discounts. Click the 'Tickets & Prices' link at the side of this page

'Now this is a proper music festival.' The Times

‘Possibly the most enjoyable jazz concert I've ever attended’ The Independent

'They say that good things come in small packages. This may be one of the summer's smallest gatherings, but it's also one of the most sophisticated...' Daily Mail

One of The Daily Telegraph's best fifteen festivals for the over 50s.

The Burton Agnes Jazz & Blues Festival, which began in 2007, celebrated its tenth anniversary over the weekend of Friday 30th June to Sunday 2nd July 2017. Performers included jazz's great Claire Martin OBE and Ray Gelato, Mississippi native Lisa Mills, and Belfast Blues legend Kaz Hawkins. To crown the celebrations a link was made with the Caribbean Island nation of Saint Lucia. Four bands bought their infectious island spirit to the Burton Agnes stages; an exhibition of Saint Lucian art opened in the Hall to run through to September; Saint Lucian rum cocktails and Saint Lucian inspired recipes flowed from the bar, tea tent and food lawn.

We now look forward to the next decade of the Burton Agnes Jazz and Blues Festival; great music in a great setting. Join us in 2018 on the weekend of Friday 13th July to Sunday 15th July 2018. Line up announcements will be made over the year.

Beverley Fringe Festival will be held over the weekend of 15th - 17th June, featuring open musician sessions, live bands, morris dancing and buskers around the town and at venues including The Sun Inn, The Tiger Inn, The Monks Walk, East Riding Theatre, The Queen’s Head and many more.

Beverley Fringe Festival has taken place alongside Beverley Folk Festival for many years, bringing local folk music and dance to the town centre. Following the disappointing news that Beverley Folk Festival, due to take place on 15th-17th June at Beverley Racecourse, will not be taking place this year, the community and local businesses have come together to ensure this exciting, independent event still takes place.

Phil Simpson from the Beverley Fringe Festival committee said “it’s fantastic to see so many local people and businesses coming together with barrels of enthusiasm to make sure the town centre of Beverley still has a weekend celebrating local folk music and dance in June.”

These mostly free events are an opportunity to come together and celebrate the important tradition of folk music in Beverley. Beverley Folk Festival might not be happening, but Beverley Fringe Festival is here to stay.

The festival is organised by the award-winning Pocklington Arts Centre (PAC), a not-for-profit organisation. The venue, which has a 200 seat theatre and 70 seat studio, is located in a rural East Yorkshire market town. Since opening in 2000 PAC has gained a nationwide reputation for its live event and cinema programming and is regularly praised for ‘punching above its weight’. The venue has a diverse range of events throughout the year featuring live music, theatre, comedy, talks, live broadcasts, exhibitions, workshops and community events and has attracted over 400,000 visitors since opening.

For Platform Festival, PAC takes over The Old Station located in the town centre. The Grade II listed building was the town’s railway station from 1847 until 1965 and is now owned by Pocklington School. 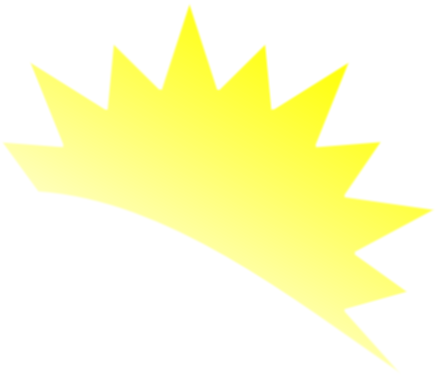 As part of #YorkshireFestivalsCampaign we are running a number of Competitions; follow the links below to win tickets to some of Yorkshire’s best grass roots Festivals 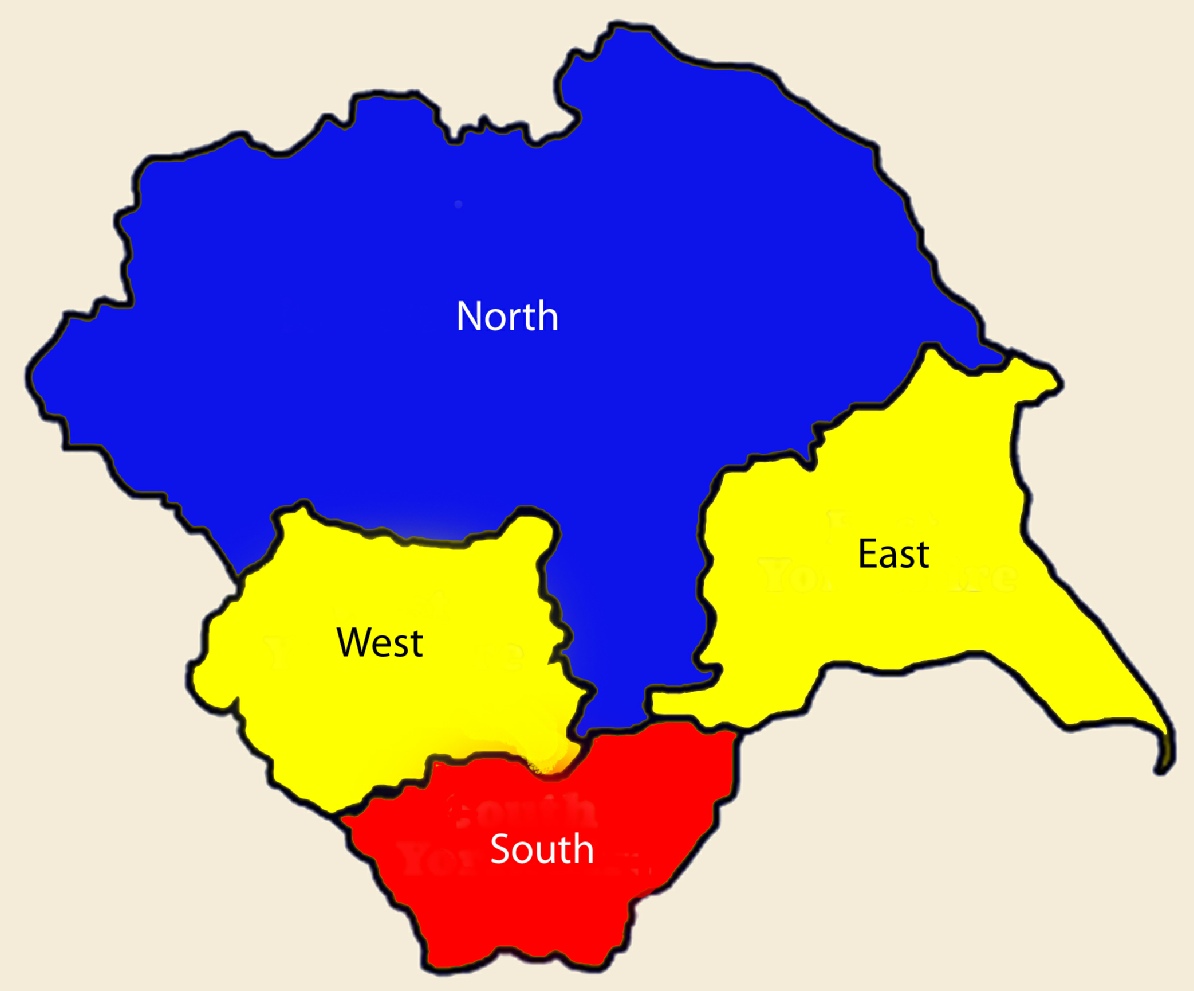 Click on Map Images for Details of Yorkshire Festivals