Music festivals are now part of the agenda during the summer. Dozens of festivals take place all over the country and are attended by crowds of people eager to see some great bands and experience the ‘festival vibe’.

The Dragon Boat Festival is one of those events and is held over three days at the beautiful Roberts Park in Saltaire, which sits just on the outskirts of Bradford. The main attractions are the visually striking Dragon Boats, racing along the river Aire, and the substantial program of incredibly talented musicians performing on the open-air stage.

As I wander down through the quaint streets of Saltaire, which is a UNESCO World Heritage Site, I can feel myself getting butterflies in my stomach. Anticipating the atmosphere and excitement that attending a festival still gives me. The sun was high in the flawless blue sky and distant musical whisperings were drifting through the balmy air. This was one of the hottest days of the year and the crowds were out in force to enjoy every single second of it. 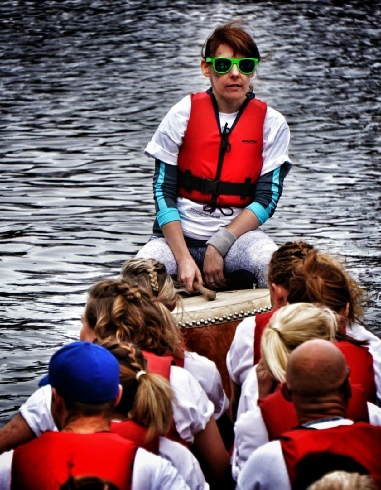 There’s a fair old mix of folk here, there’s young families with a couple of kids in tow, there’s groups of teenagers relishing in their first fest’ without their parents, then there’s the fully paid up, ardent members of the festival community, who travel the country far and wide, donned in a tie dyed headband, fluorescent face paint and a ‘Levellers’ t-shirt…. and then there’s the rest of us.

I was only around for a couple of hours and mainly for the music, but that was obviously not the case for a vast percentage of the attendees……..they’d come for THE DRAGON BOATS! And what a spectacular sight it was. The golden headed boats, manned with enthusiastic rowers and an even more enthusiastic drummer, pounding out the rhythmic beats for their respective boats.

Anyway, leaving the frolics on the river a side for a bit, it was time to see what was going down, man, on the outdoor stage. I arrived halfway through the set of the most wonderful and fabulous local singer songwriter Dave McKinley. As his voice was gently washing over me I could hear a blend of styles, genres and influences that have obviously had an impression on this melodious singer. McKinley is one of the finest, all original, acoustic performers to rise from the hills and valleys of Bradford. He creates a special sound that’s not stuck in any groove!

His style and musicianship translates beautifully to this summery festival experience, which I’m sure will be repeated in August when he plays at The Shuttle Shuffle Festival in Bradford city centre.

Next up on stage, which by the way was provided and crewed up by those wonderful fellas from SORM, John, Tony, and their team, was ISSIMO. 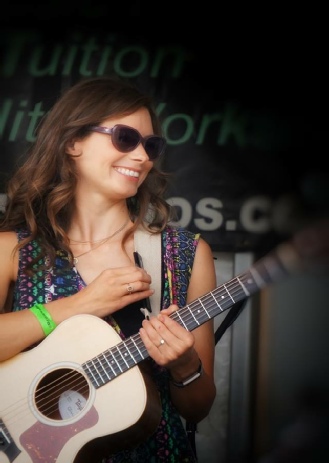 They are a unique song writing duo, Marc and Abi, plus their ever so talented backing band, the Issimos. Genre – less (is that a thing?), they take bits and bobs from many different styles and blend the sounds of Ska, Latin, Reggae, Funk and Disco into lyrically driven perfect songs.

Melodically masterful and rhythmically engaging, they make music that people love to hear.

The whole music side of the festival was competently orchestrated by some of the finest individuals within the music scene in and around the area – Gail Sarah Simpkins, Jim DeBarker, John Bolton, Tony Saunders and many many more others ( I apologize if I’ve not mentioned you) who all joined forces to pull off an amazing three days.   Roll on next year!!!  #Bradfordmusicscene