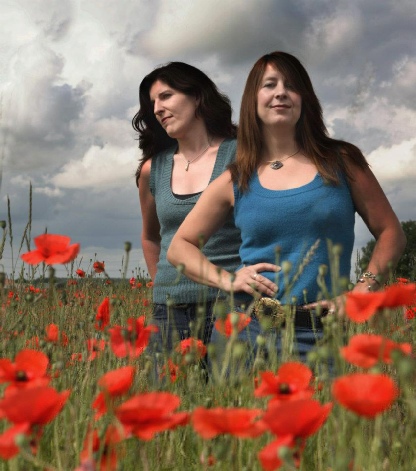 Helen Turner and Sharon Jagger are a duo.

Who? You might ask. Well, if I said they are usually known as Union Jill, enlightenment might quickly follow. 'What a cracking name!' has been said to me several times when I mentioned them and mention them I do on air. A lot.

As far as I know they are not biologically related apart from being 'sisters' in the wider sense, but when they sing together, their voices blend so well that you might be forgiven for thinking they must be twins. Certainly, the Everley Brothers set the standard for harmony singing, but these two perpetuate it.

Delivered with a fair bit of aggression, (They believe whole-heartedly in their strong lyrics, and it shows) their songs punch their way into your awareness.

There is a hint of feminism, but it is delivered with a wry sense of humour.  They are not out to upset their audience, unless you happen to be an extreme woman hater. If you are best stay away. 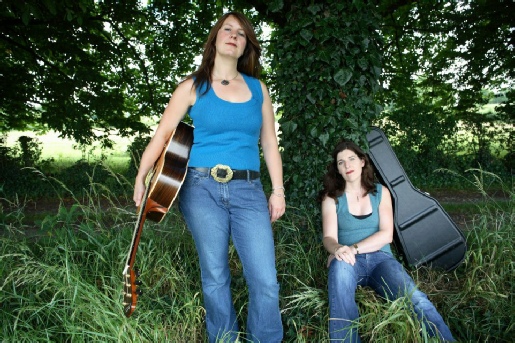 They have, or to be more correct Clive Gregson has, just produced their fourth album. This one is entitled 'Rum and Devotion'. The title track is an earworm. Beware! It reminded me of my years in the Royal Navy back in the 60s, before they stopped the rum ration. We didn't have women skippers then, but I'm sure they are on their way!

What a treat to witness Clive in a support role.

I mean, if you can get the likes of Clive Gregson in your band, then you must have arrived, surely?

With an 'eye candy' drummer and tall bass player (who was sadly seated according to the girls) also hired for the band, the launch was a massive success at the NCEM, York, a great venue (if only the chairs were a bit more comfortable and not so close together.)

I won't get into comments about individual tracks. But buy the album and see for yourselves how good it is.

I will just say it is a real pleasure to know Helen and Sharon and to count them as my dear folkie friends.  I hope the album sales go ballistic. They should.