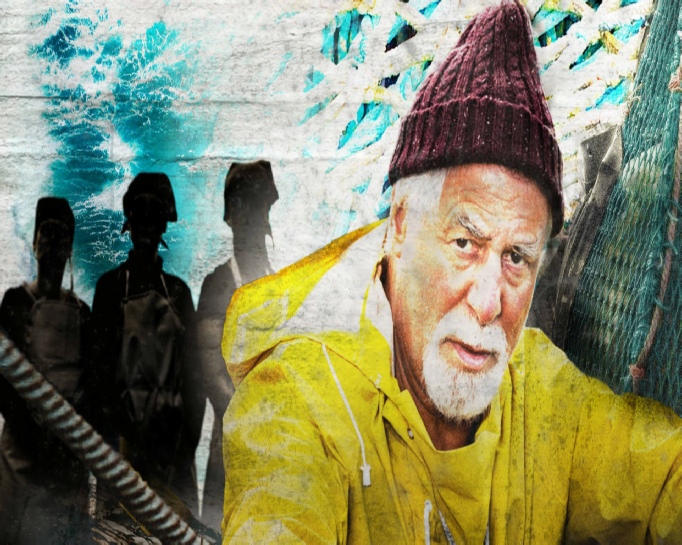 Finding a place in society is never easy and the hardy boisterous Jack Lear played by Barrie Rutter has found his. He is comfortable within the male Hull fishing trawler fraternity; however, family life and fatherhood presents a greater challenge.

Now Jack is racing towards his twilight years it is time to take stock and test how smooth the waters lie with his trio of daughters.   Rivalry and feuds are the driving force which send Jack into desperation and all at sea in these life changing events.

The audience watched feverishly as lighting effects brewed up a storm of apocalyptic strength and Jack Lear fights the elements and his own sanity too. 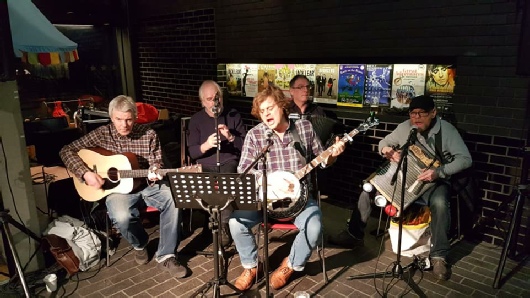 Lighting programmer Jess Addinall, sound and digital designer Mathew Clowes and composer Eliza Carthy create a belting scene to climax the end of the first half.

Opportunity knocks or not, for Freda played by Sarah Naughton, her relationships with men have been stunted by her early years and the new man to walk into her life Edmund becomes a new focus of rivalry.

Sister Morgana played by Nicola Sanderson makes up the pair of evil sisters, add a few hisses but their scheming is beyond pantomime.    Then tragedy, the dandy and humorously dastardly Edmund gets more than he bargains for, played ardently by Andy Cryer.

There are lots of twists in this tale and a balance must be met; the lovely Olivia Onyehara as Victoria, is a shining light among this motley crew. She stands unrelentingly against Jack Lear, her implacable Father. But where will this lead them.

The remake of King Lear set in the 20th century casts a critical eye on family life, relationships and the ebb and flow of their loyalties.

The audience had a good time and enjoyed the music - during the interval even more sea shanties and folk song singalongs were provided by the Hillbilly Troupe. The cast received a rapturous applause at the plays finale with some of the audience standing and cheering.

Worth seeing but be quick, the show ends Saturday 2nd February.